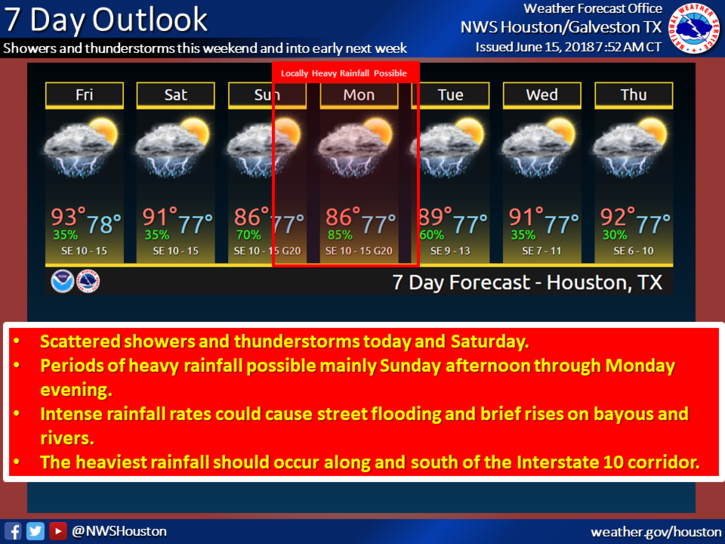 FORT BEND COUNTY, TX – If you’ve been listening to the news this week it is understandable that you may be concerned about rainfall this weekend. The Fort Bend County Office of Emergency Management has worked with other agencies and county departments and will be monitoring the tropical weather this weekend. Bayous, ponds, and rivers are at extremely low levels and are prepared to hold any water that falls this weekend. No adverse widespread impact is expected from the rain this weekend.

Unfortunately, drought continues to threaten Fort Bend County, with some parts of the county already showing the Keetch-Byram Drought Index (KBDI) in drought phase. The region is 8 inches below average for this year already, and the tropical system in the gulf may help us get caught up a bit.

What should you do to be ready? Get any outdoor activities out of the way tonight and early tomorrow and check the National Weather Service website for updates on tropical developments throughout the weekend. We don’t want you to ruin your Father’s Day with paranoia and fear, just check in every now and again.

If you are in an area that gets very heavy rainfall, be prepared. This system could rain at a high rate, possibly isolated areas seeing 3 inches per hour, and high rainfall rates can cause temporary but sudden flash flooding. Don’t drive through flooded roads since floodwater can destroy your car or wash you away. Your phone may alert for severe thunderstorm warnings throughout the weekend and you should heed those warnings and take action as prescribed in the alert. Even if they don’t drop a foot of rain, any Houston summertime thunderstorm can come with the threat or tornadoes, hail, and high winds. 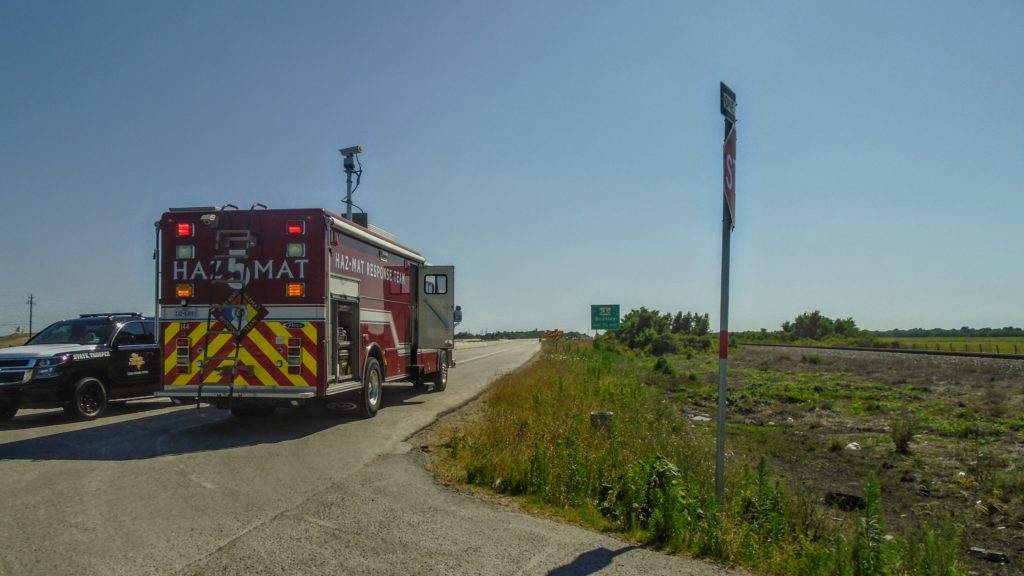 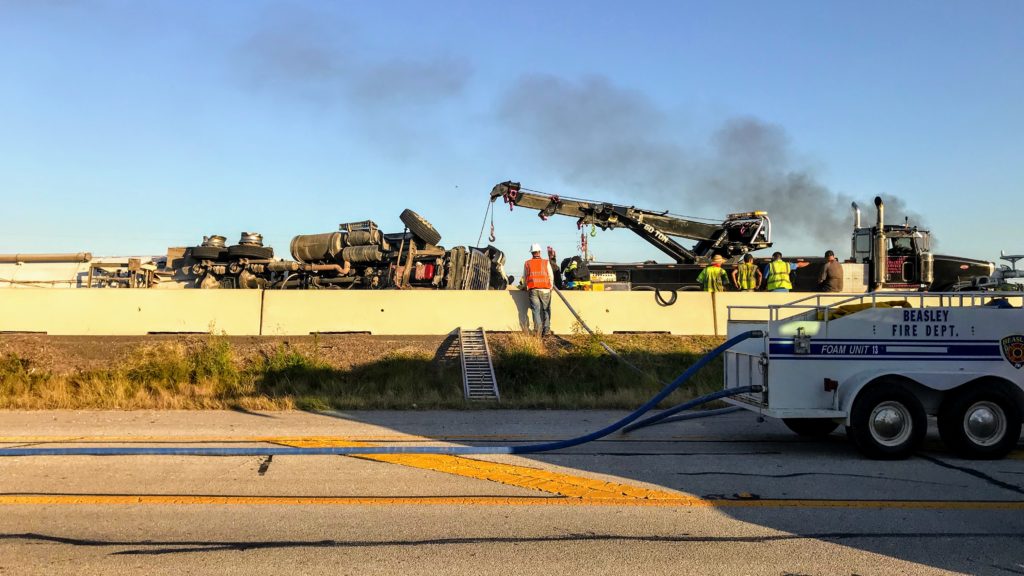 The Office of Emergency Management has updated the page on Fort Bend County Disaster Recovery Efforts. If you are recovering from Hurricane Harvey or the storms in 2016, be sure to check out the information on funds and programs being pursued in Fort Bend County.

Due to the ongoing Winter weather threat, Fort Bend County offices and courts will both be closed tomorrow, January 17, 2018.  Only Essential employees are asked to report to work if possible. All employees should check with their department heads to determine their status as essential or non-essential. Many bridges and overpasses are closed due to ice.  Employees should consider a safe route if venturing out.

Commuter Transit services are closed and Demand Response services will be offered for Medical trips only.

Fort Bend County Offices and Courts will open at their regular time on Thursday, January 18, 2018.

Richmond, Texas – The Fort Bend County Office of Emergency Management participated on conference calls with state officials and the National Weather Service yesterday and activated the County Emergency Operations Center this morning at 5:00 AM.

A strong cold front will continue to move into Fort Bend County today, and stay in the area overnight, bringing rain and very cold temperatures.

These cold temperatures can cause the wet roads to freeze over, leading to treacherous driving conditions.

Temperatures may stay below freezing until noon Wednesday.

Fort Bend County Road and Bridge Crews are monitoring road conditions and are treating them for ice as needed.

All Fort Bend County non-essential employees have been told to remain home and stay off roadways. All employees should check with their department heads to determine their status as essential or non-essential.

County officials and EOC staff will continue to monitor the situation and keep you updated as conditions change. Check back on the county’s Emergency Management website and the Fort Bend County Office of Emergency Management Facebook and Twitter pages for more information.

Commuter Transit services are closed and Demand Response services will be offered for Medical trips only.

County offices and courts are both closed, and jury selection has been postponed. Potential jurors should call the phone number on their jury summons or email jurydept@FortBendCountyTX.gov to reschedule their jury service.

The county asks essential employees to report to work, if possible.  All employees should check with their department heads if they are unsure of their status. Residents should stay home and stay off the roadways if possible.

Be safe and remember to protect the “4 P’s:” People, Pets, Pipes, and Plants. If you must go outside, wear warm clothing especially on your hands, feet, and face. Bring pets indoors, wrap pipes, and cover sensitive plants to prevent damage from freezing temperatures.

Keep informed by tuning in to local media and check back at fbcoem.org and the County’s Facebook and Twitter pages for more information.

While on-scene, HAZMAT 5 took readings of “zero” for the odorous chemical, Hydrogen Sulfide (H2S). Fort Bend County HAZMAT 5 demobilized when the operator, IWR Operating of Dallas, TX, contracted with Total Fire and they arrived at the scene.At this time Fort Bend County has no operational or regulatory oversight over the incident.

IWR Operating can be reached at:

The well operator contracted with several contractors for cleanup and air monitoring operations, and they are being overseen by Texas regulatory agencies responsible for incidents such as this.

The Texas Commission on Environmental Quality is the environmental agency for Texas and can be contacted at:

The Texas Railroad Commission is responsible for regulating the exploration, production, and transportation of oil and natural gas in Texas. They can be contacted at: